The Consumer Technology Association stepped in a mess[1] when it first awarded a CES Innovation Award to sex toy maker Lora DiCarlo[2] at the CES 2019 trade show. Then it took away the award, saying that the award for the female-focused micro-robotic sex toy Osé was inappropriate.

Now the CTA, which stages the CES trade show attended by 180,000 people, has reversed itself again and agreed to give the award back to Lora DiCarlo, which had appealed the decision and called out the organization for gender bias and inconsistency in addressing sex-positive women’s products versus male-oriented devices.

In a press release, the CTA said it recognizes the innovative technology that went into the development of Osé and reiterated its sincere apology to the Lora DiCarlo team. 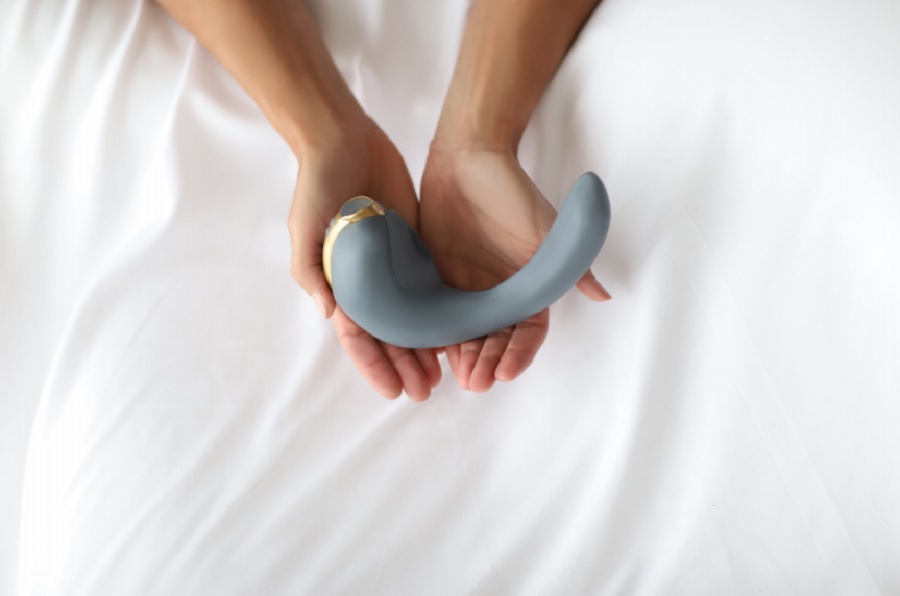 Above: The Osé sex toy

“CTA is pleased to present Lora DiCarlo with a CES 2019 Innovation Award,” said Jean Foster, CTA’s senior vice president of marketing and communications. “CTA did not handle this award properly. This prompted some important conversations internally and with external advisors and we look forward to taking these learnings to continue to improve the show.”

One of the puzzling aspects of the original decision to rescind the award was that sex toys[3] are not banned at CES. The founder of Lora DiCarlo, Lora Haddock, pointed that out in her arguments as the drama played out in early January.

“I am thankful that the CTA has reconsidered our eligibility for this award and validated the innovation our engineering team is responsible for,” said Haddock, in a statement. “The incredible support and attention we’ve received in the wake of our experience highlights the need for meaningful changes and we are hopeful that our small company can continue to contribute meaningful progress toward making CES inclusive for all.”

CTA said is committed to continue to make CES a more welcoming and inclusive event for all. CTA will share related policy updates in the months leading up to CES 2020, taking place January 7-10, 2020, in Las Vegas.

Back in January, Haddock said in an interview with VentureBeat that when Uccellini (the former name of the company) first approached OSU’s College of Engineering with the proposition for developing this device, there was, of course, some initial skepticism. But after Haddock explained the years of scientific data she had collected, the concept, the need, and the type of female-centric marketing the company would use for such a product, that skepticism vanished.

Furthermore, when the senior male engineering faculty at OSU saw how enthusiastic many of their female engineering students were to work on this project, they realized how positive it could be for the university’s image, Haddock said.

[Update: Lora DiCarlo also announced it raised $2 million in seed funding in a round led by the Oregon Opportunity Zone Limited Partnership].

Acquire this Domain
You can acquire this site’s domain name! We have nurtured its online marketing value by systematically curating this site by the domain’s relevant keywords. Explore our content network – you can advertise on each or rent vs. buy the domain. Buy@TLDtraders.com | Skype: TLDtraders | +1 (475) BUY-NAME (289 – 6263). Thousands search by this site’s exact keyword domain name! Most are sent here because search engines often love the keyword. This domain can be your 24/7 lead generator! If you own it, you could capture a large amount of online traffic for your niche. Stop wasting money on ads. Instead, buy this domain to gain a long-term marketing asset. If you can’t afford to buy then you can rent the domain.

About Us
We are Internet Investors, Developers, and Franchisers – operating a content network of several thousand sites while federating 100+ eCommerce and SaaS startups. With our proprietary “inverted incubation” model, we leverage a portfolio of $100M in valued domains to impact online trends, traffic, and transactions. We use robotic process automation, machine learning, and other proprietary approaches to power our content network. Contact us to learn how we can help you with your online marketing and/or site maintenance.

This website uses cookies to improve your experience while you navigate through the website. Out of these cookies, the cookies that are categorized as necessary are stored on your browser as they are essential for the working of basic functionalities of the website. We also use third-party cookies that help us analyze and understand how you use this website. These cookies will be stored in your browser only with your consent. You also have the option to opt-out of these cookies. But opting out of some of these cookies may have an effect on your browsing experience.
Necessary Always Enabled
Necessary cookies are absolutely essential for the website to function properly. This category only includes cookies that ensures basic functionalities and security features of the website. These cookies do not store any personal information.
Non-necessary
Any cookies that may not be particularly necessary for the website to function and is used specifically to collect user personal data via analytics, ads, other embedded contents are termed as non-necessary cookies. It is mandatory to procure user consent prior to running these cookies on your website.
SAVE & ACCEPT
Generated by Feedzy